Barbara Anne C. Migallos, the Firm’s Managing Partner, has been in law practice since 1980. She holds a Bachelor of Laws (LL.B) degree from the University of the Philippines (1979; cum Laude, Salutatorian) and ranked 3rd place in the 1979 Philippine Bar Examinations. Barbara was with the Angara Abello Concepcion Regala & Cruz Law Offices from January 1980 to November 1986, when she joined the late Senator Raul S. Roco to establish a new firm which later became known as the Roco Kapunan Migallos & Luna Law Offices. In 2006, Barbara and Partner Troy Luna established the Migallos & Luna Law Offices. Barbara advises major Philippine companies on commercial law, with focus on Corporations Law and Securities Law and Regulation. She acts as Corporate Secretary of listed companies Philex Mining Corporation, PXP Energy Corporation, Nickel Asia Corporation, and Alliance Select Foods International, Inc., and is a Director of Mabuhay Vinyl Corporation, also a listed company, and of Philex Mining and PXP Energy. Barbara is a Professorial Lecturer at the College of Law of De La Salle University, where she teaches Corporations Law, Credit Transactions, Insurance Law, and Advanced Securities Regulation. She lectures regularly for the Mandatory Continuing Legal Education (MCLE) Program of the Supreme Court on Ethical Issues for Lawyers in Corporate Practice and on Developments in Securities Regulation. Her principal practice covers Corporate Law; Securities; Mergers and Acquisitions; and Joint Ventures. Barbara also has extensive litigation experience. 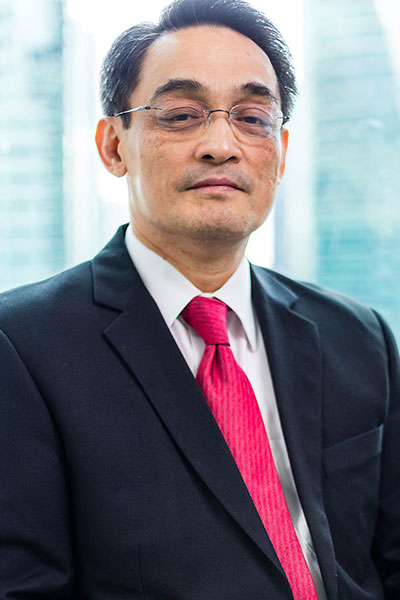 Troy Ang Luna has been in practice since 1987. He joined Barbara as an Associate, then Senior Associate and thereafter Partner in 1992 in the Roco Kapunan Migallos & Luna Law Offices where he also became Managing Partner. Troy established Migallos & Luna with Barbara in 2006. He graduated from De La Salle University in 1981 earning a Liberal Arts in Economics degree, and earned his Bachelor of Laws (LL.B.) degree from the Ateneo College of Law in 1986. He is a Trustee of the Intellectual Property Alumni Association, Inc., and serves as Corporate Secretary of several schools of PHINMA Education, such as Araullo University, Cagayan de Oro College, University of Pangasinan, PHINMA-Upang College Urdaneta, University of Iloilo, Southwestern University, Career Academy Asia, Inc., and in other corporations such as Newminco Nickel Mining Co., Inc., Export Bank Condominium Corporation, Urbancorp Technologies, Inc., AsianPlaza, Inc., Toon City Animation, Inc., and Philippine Business for Education, Inc. Troy has extensive experience in corporate acquisition projects, mergers and consolidations, listings, power and energy, mining, intellectual property, and litigation, including tax litigation. 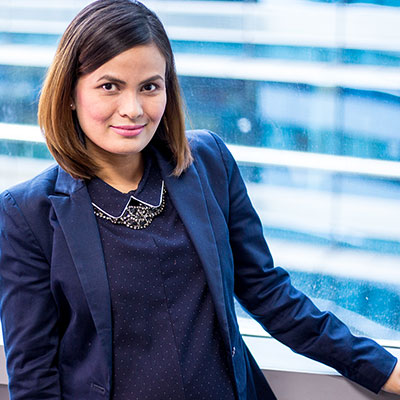 Chie joined the Firm in 2010 from another law firm, and became Senior Associate in 2014. She is the head of the Firm’s Intellectual Property unit principally managing the trademark and other intellectual property portfolio of clients in the Philippines and abroad.

Chie has extensive experience in litigation and handles civil, criminal, commercial, tax and administrative cases before the courts and quasi-judicial bodies. She also represents clients in arbitration and alternative dispute resolution matters. Chie also has substantial experience in corporate acquisitions, including the conduct of legal due diligence. She acts as Assistant Corporate Secretary of several stock and non-stock corporations.

Chie earned her Bachelor of Laws degree from San Beda College of Law in 2006 and was admitted to the Philippine Bar in 2007. She holds a Bachelor of Arts major in Legal Management degree from the University of Sto. Tomas in 2001. Chie speaks and writes in English and Filipino. 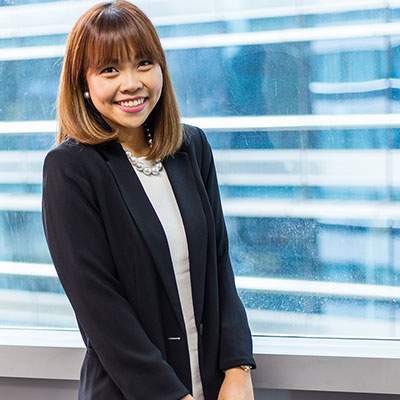 Eia joined the Firm in February 2015 and was admitted to the Philippine Bar in April of the same year. She received her Bachelor of Arts degree in both Economics and Development Studies from the Ateneo de Manila University in 2010, with a minor in Chinese Studies from Sun Yat Sen University in Guangzhou City, China. Eia earned her Juris Doctor degree from the Ateneo College of Law in 2014. In practice, Eia has been heavily involved in business law, securities law, mergers and acquisition, intellectual property law, and litigation. She serves as Assistant Corporate Secretary of a number of corporations. Eia speaks and writes in English and Filipino. 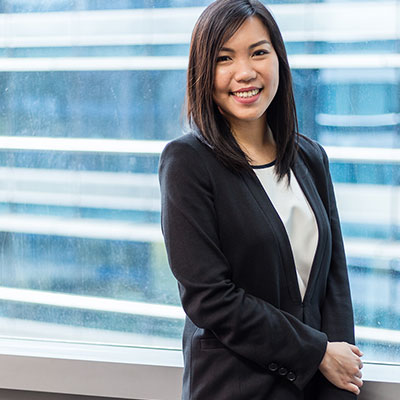 Karla joined the Firm in 2015 right after admission to the Philippine Bar in the same year. She received her bachelor’s degree in Management major in Legal Management, from the Ateneo de Manila University in 2010 and earned her juris doctor degree from the Ateneo College of Law in 2014. Karla’s practice has been focused on business law, securities law, mergers and acquisition, and intellectual property law. She acts as Assistant Corporate Secretary of a number of corporations. Karla speaks and writes in English and Filipino. 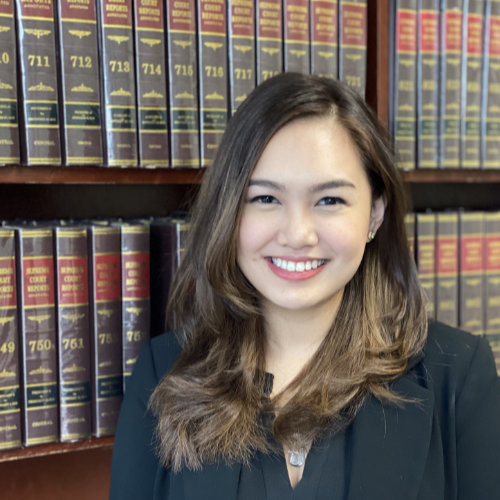 Samm joined the firm in January 2019 and was admitted to the Philippine Bar in June of the same year. In 2014, she received her Bachelor of Science degree in Legal Management from De La Salle University. Samm earned her Juris Doctor degree from the Ateneo Law School in 2018. Samm speaks and writes in English and Filipino. 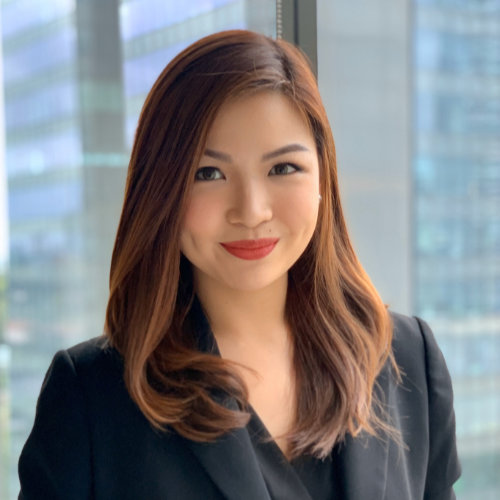 Wiann joined the Firm in February 2019 and was admitted to the Philippine Bar in May of the same year. She received her bachelor’s degree in Marketing Management from De La Salle University in 2013 and ranked 9th in her batch upon graduation from De La Salle University College of Law, where she received her juris doctor degree. Wiann’s practice has been focused on business law, mergers and acquisitions, and intellectual property law. She speaks and writes in English and Filipino and speaks conversational Chinese (Mandarin). 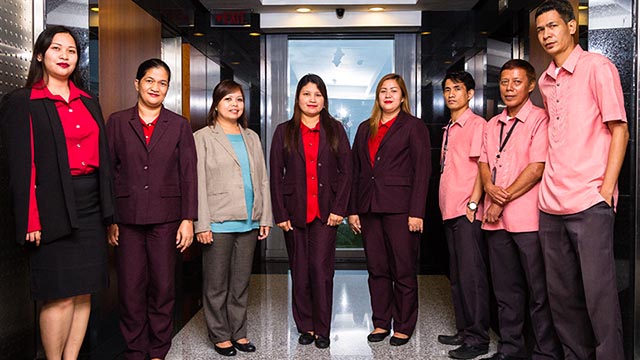